It was an early fall, September day in 1997 when Velina Larson went missing and about six months later when her scattered bones were found.  The days when Third Eye Blind blared Semi-Charmed Life on radio stations across America and the Leonardo DiCaprio made his debut on the infamous Titanic. Velinas life was a true crime show in the making, hardly charming and like the Titanic, she went down forever.  She is also one of Michael Braae’s many victims who never received justice. If you’re like me, you want to know why.

I knew someone who could give me first hand knowledge to what happened to Velina and why her murder goes “technically” unsolved.  I began my search for an answer by contacting Retired Captain Wendi Babst, former detective in Clackamas County, Oregon.  She was the one called when Velina Larson was found.

Velina Larson was just 37 years old and a mother of two from Gladstone, a suburb of Portland, Oregon.  She drifted from one place to another pursuing sobriety.  She was familiar with the streets and the bar scene but maintained her beauty and was especially particular about her teeth.  The teeth that would one day identify her.

While trekking through a field on their way to school, some boys spotted a bone. “Hey, check out this deer bone,” said one to his buddy. Naturally thinking it was cool and mysterious, they put the bones in their backpack to show their teacher who always talked about how much her husband loved deer hunting. She said thank you to them and that night took it home to her husband.  At first, he appreciated the odd sentiment until he looked closer and realized it was not the bone of a deer, it was human bone.

The next day, the teacher asked them exactly where they found it, so they walked over and showed her.  As the teacher and boys stepped closer to the overgrown grassy area, one of them saw a human skull.  Stunned, they jumped back and immediately called authorities and that’s when (at the time) Detective Wendy Babst was called to the area.  The scattered bones did not seem intentionally disjointed, the weather and possibly animals were to blame for picking at the skeletal remains. Detective Babst knew that the post-mortem interval was so long that it would be a miracle to identify who this was. There were no clothes, no ID, and nothing that they could find to distinguish who these scattered bones belonged to. Then, a couple of days later some guys called in and admitted to finding a purse near the location where the bones were.

Detective Babst searched missing person reports in the area and one stood out in particular, Velina Larson.  She interviewed Velina’s family who said Velina took extra good care of her teeth.  And sure enough she did, A Forensic Odontologist confirmed that the teeth in the field belonged to Velina Larson.  Now that she knew who these missing bones belonged to, it was time to find out what happened.  Multiple interviews with family, friends, and her ex-husband led her to a local storage unit.

The last time she was seen alive was at a coffee shop where she would get a cup of Joe before going to clear her stuff out of this storage locker where her and Michael Braae would stay sometimes. Her ex-husband had dropped her off there. During the car ride, she said she was leaving him because she “needed” to get away from him. Security cameras confirmed her and Braae walking on to the property toward their unit and a fellow customer remembers something too.

Detective Babst interviewed the manager who said a woman, a fellow patron, complained of an argument next to her locker.  She heard yelling and muffled sounds and then all of the sudden it stopped. It was silent.  Her gut told her something wasn’t right, so she timidly walked outside of her unit and the next thing she knew, a man came outside too. He shut the door, looked around, and then he walked off…alone.  Although cameras spotted Braae and Velina walking in, they only saw Braae walk out.

The theory is that he killed her in the unit and came back later to retrieve her body.  Although lumina showed no signs of blood, he most likely strangled her as he did every other woman.  She was only five feet tall and under 100 pounds so it was easy to toss her body over the tall metal fence that stood between the storage property and 100 yards where her bones were inconspicuously hidden by marsh and tall brush.

Meanwhile, Braae was behind the metal bars of the Washington State Department of Corrections in Shelton, Washington state after being arrested for relentlessly beating his girlfriend in El Cajon, California. Since he had a warrant for his arrest, they extradited him back to Washington. Do you want to know what they found in his wallet when he was arrested?

They found Velina Larson’s ID!  Yes, that’s right, her ID.  Detective Babst spent years questioning Braae and working hard to admission or some thing to get this case to trial but Braae only wanted to write her letters and talk about himself.  She worked with multiple jurisdictions compiling mounds of evidence that would surely get him into the courtroom but everything led to a dead end. Why you ask?  I’ll tell you why.

Another of his rape victims was terrified to testify but when she did talk to authorities, they determined her credibility flawed due to her lifestyle and previous rape charge she filed against another predator.  Also, Velina Larson’s situation made it tough to pinpoint anything and her body has been left to the elements too long.  They couldn’t even determine a cause of death much less, formally accuse Braae.

The world knows he killed her but only him and Velina know why and how.  Maybe her ghost haunts him at night or maybe my mom is with her holding her hand saying, “I got the bastard for both of us.”

If you are interested in True Crime and rally for women still here or who’ve left us too early, than stay with me. If you want to read more about Velina you can click this link here.  This is just one article that mentions her. 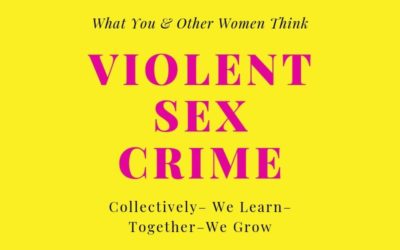